Blogging has once again taken a backseat to a busy life. But in attempt to resurrect it, I mentioned to Arman that I was on board to do this week's Spill It Sunday. He said that if I didn't follow through that he'd chase me with a prawn...so here I am. Shrimp is gross. 1. What is your typical ‘go to’ lunch?
I typically bring leftovers because I hate scaling recipes down. Usually that leaves me with half a can of coconut milk or a third of a pepper rotting away in the fridge. And the convenience can't be beat. Otherwise, just a boring ol' salad.
2. What is your typical ‘go to’ dinner?
Recently been super obsessed with PaleOMG's pizza spaghetti squash casserole thingy! Always a fan of a quick pork tenderloin with sweet potato and applesauce. Spaghetti squash with meat sauce is another good one.

3. What is the best lunch/dinner you have eaten out?Hmm, really too tough to narrow down but I'll name a few, There was an Italian place my mom, aunt, and I went to in Saratoga Springs that was excellent - I'm still drooling over the artichoke risotto we had. The Boma in Africa was tons of fun and quite an experience! Loved this big ass sushi boat... 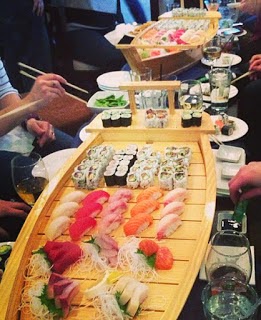 4. What is the best lunch/dinner you have eaten recently?Meat lovers pizza has been all over my plate lately...

5. You are HANGRY. What would you make in little time?Throw a bunch of odds n ends from the fridge into some broth. Boom, soup. 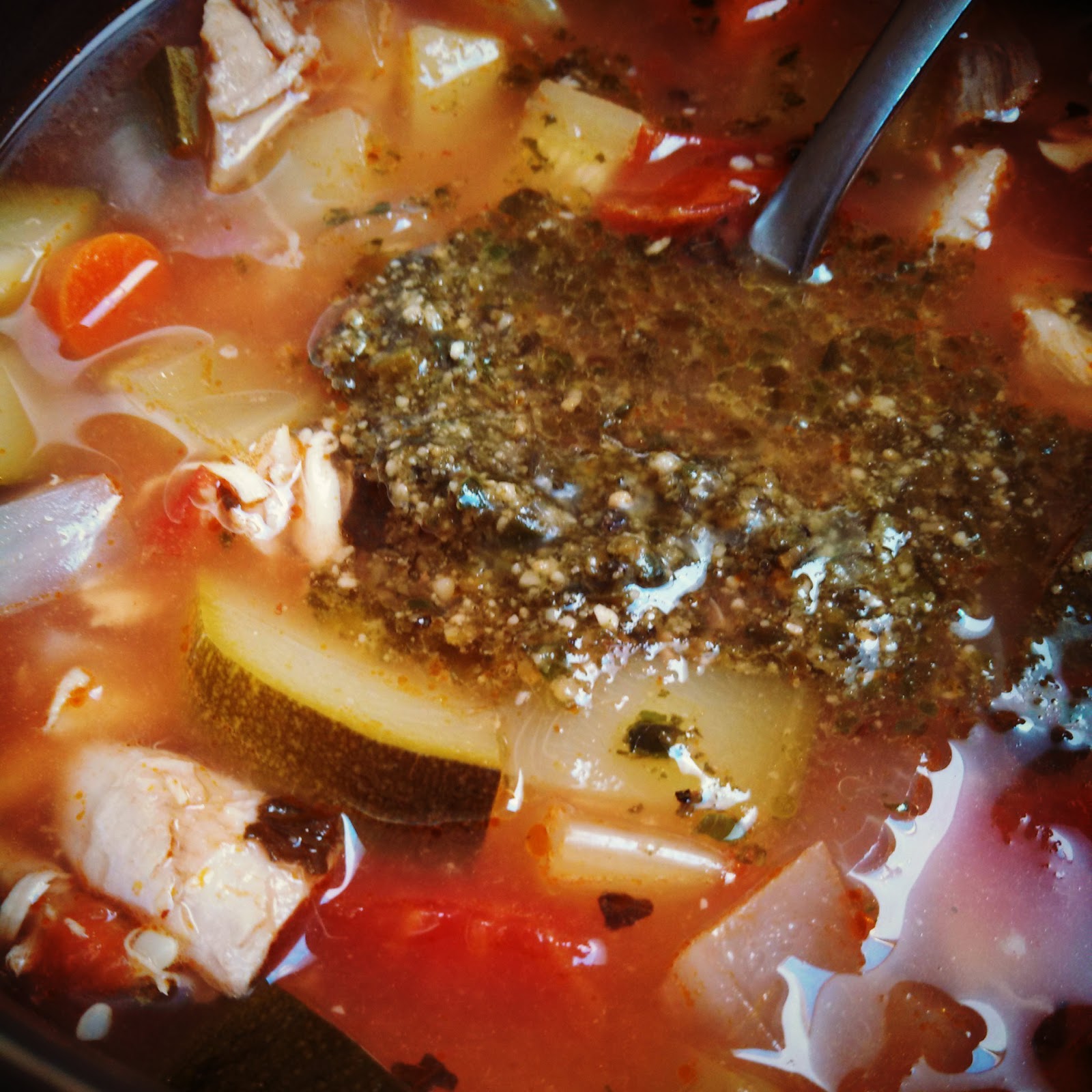 6. Link up your favourite lunch and/or dinner recipes!This lemon-artichoke chicken dish is one of my favorites! So easy and delicious. 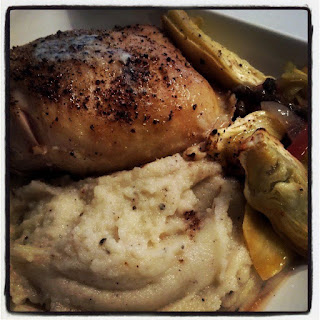 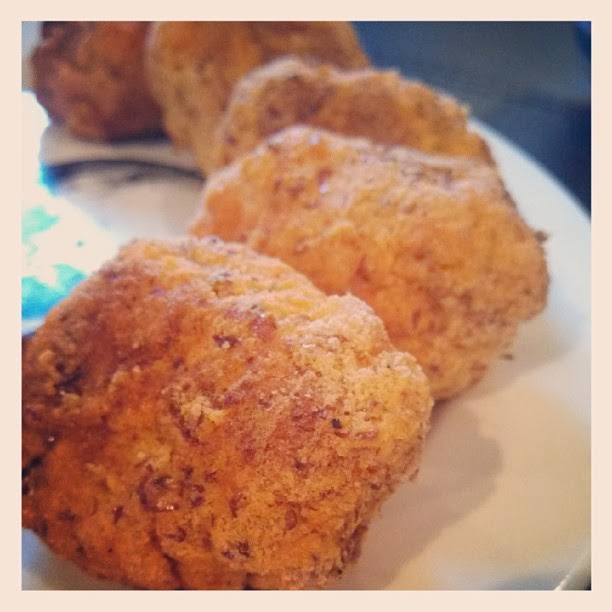 7. If you had friends over for dinner, what would you make for them?
Who knows, I'd wing it depending on who it was. Probably the lemon-artichoke chicken dish from above, over mashed cauliflower for my crossfit friends who also are paleo or gluten-free. Something tossed on the grill is always an easy and yummy option - steak tips or pork tenderloin. I dunno. Why, do you wanna come over? ;)

Oh right, gotta add a selfie to these things. #totallyfiltered 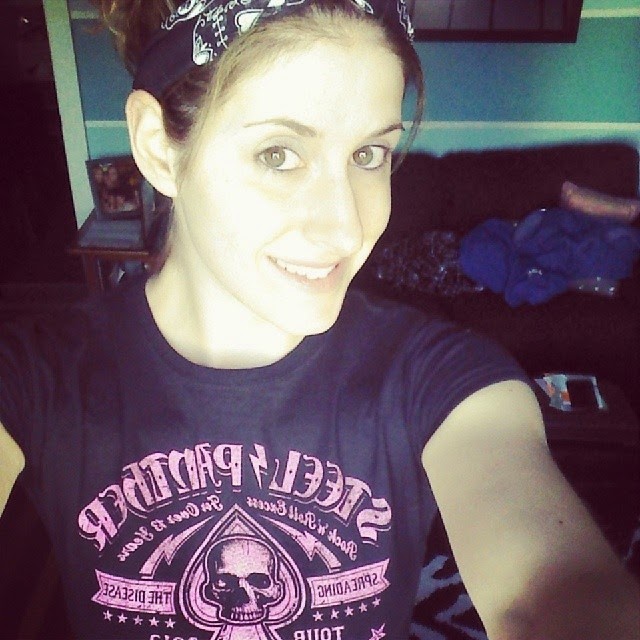 Email ThisBlogThis!Share to TwitterShare to FacebookShare to Pinterest
Labels: spill it sunday

Cobbled together a quick post, with thanks to my drafts folder. All those half finished posts have been taunting me.

A few weeks ago, my little bro made pizza. And after it was finished and we had tried it, he told me that I had to put it onto the blog. Haha he's friggin' awesome! And this pizza was too - topped with venison sausage and jalapeno. We gotta get more of that sausage and recreate it! 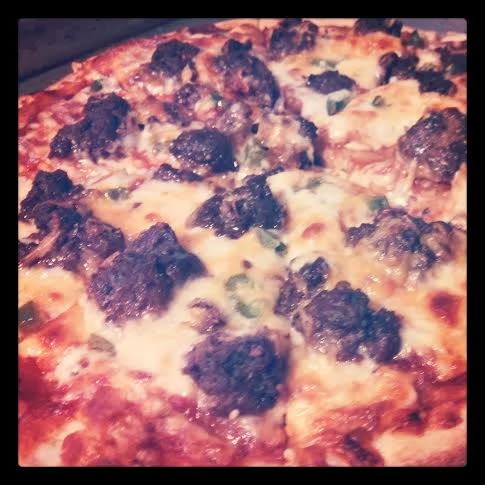 The Crossfit Open started this week! A new workout is announced every week for the next five weeks. This first one was to do as many rounds as possible in ten minutes of 30 double unders and 15 snatches. Sounded relatively easy but damn, it was a burner. I was hoping to score a bit higher than I did but oh well. It is an exciting time at the gym, seeing everyone push themselves a bit harder than usual and LOTS of people got their very first double unders, which was so cool. 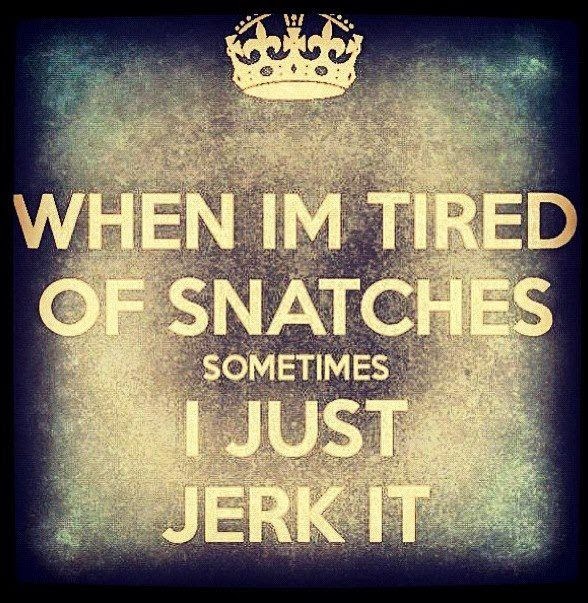 Speaking of Crossfit, I signed up for my first real Crossfit competition! It isn't until April but I'm already a bit nervous. I've never been a very competitive person but it should be fun, if nothing else. Last week my gym did a members-only competition, which was a great way for me to test and see doing more than one workout in a day would be. The day afterwards I wasn't even really sore, just tired. Feeling more confident already. I also signed up to do Tough Mudder. Last year, I made it 4 miles into the race but I slipped going downhill, rolled my ankle, and had to leave the course. :( Vengeance will be had and that damn orange headband WILL be mine. 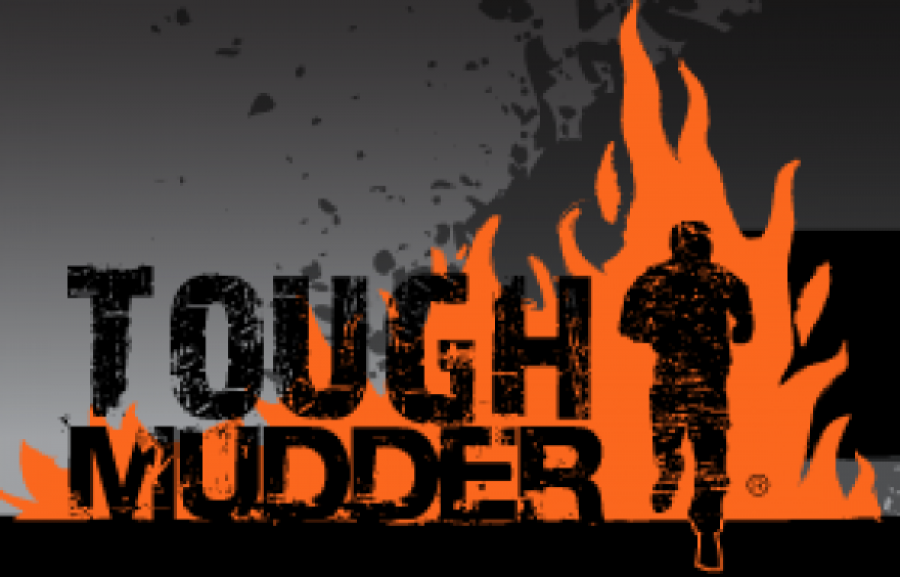 And circling back to food, I made these amazing Paleo Bacon Pecan Chocolate Chip Cookies this week. Already planning a repeat of them soon! #nom 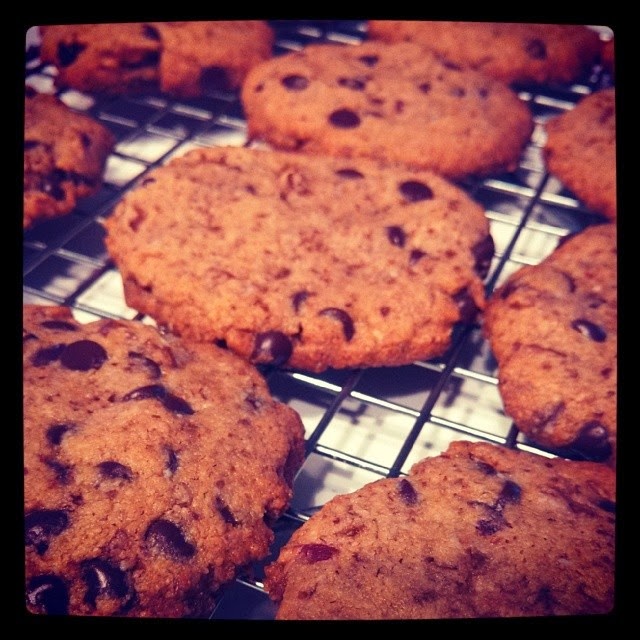 Have you ever competed in any sports?
Ever run in any muddy obstacle races?
Posted by Little Miss Hungry at 4:44 PM 6 comments: