Another Wednesday, another chance for blogland to share their eats from the week!

And let me tell you, it has been a fun food week over here! So let's just get at it: 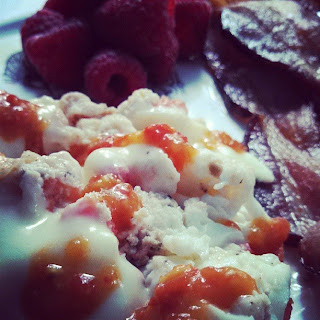 Breakfast the other morning was quite the delicious combo: eggs topped with melty cheese and Mama Pearl's hot sauce (review coming soon!). Yum, I couldn't believe how excited I was about eating eggs. Bacon and raspberries were just icing on the cake. 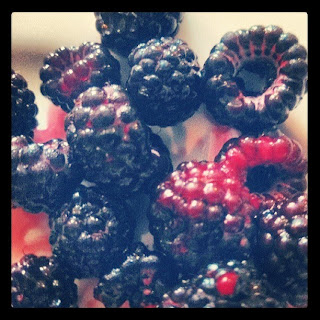 Another morning I was treated to freshly picked black raspberries. My brother and his girlfriend found a patch in the woods near our house and picked a whole ton. How's that for some local foraging? 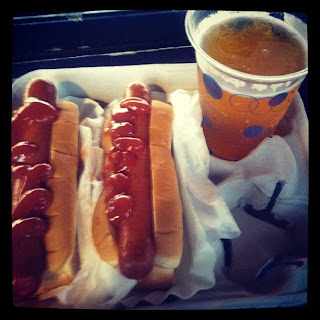 I'm not a baseball fan in the least but my best friend asked if I wanted to go to the Red Sox game with her. Of course I said yes because 1- Fenway Franks and 2- beer...Sam (Adams) Summer, to be exact - a Boston favorite. 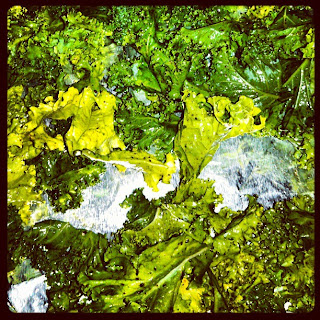 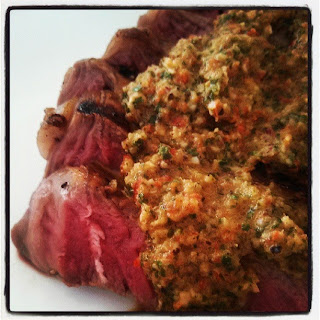 This steak was damn good! I marinated the steak in tequila, citrus, & cilantro and topped it with a super garlicky 4 herb chimichurri sauce. Drool. The recipe will be up tomorrow, so stop back! 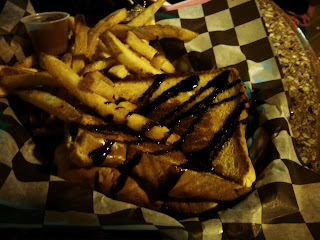 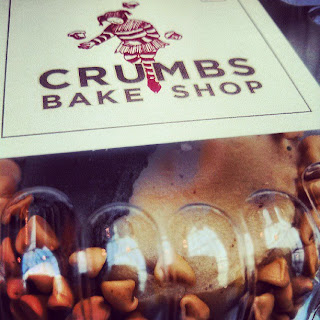 The family I nanny for is away on vacation this week so on my "last day," I bought the little boy a special cupcake to celebrate! A chocolatey and peanut buttery Baba Booey from Crumbs. Luckily, he shared some with me. ;)

And now, onto the drinks portion of my week: 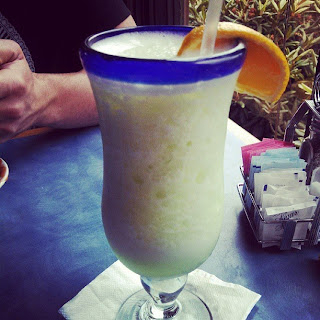 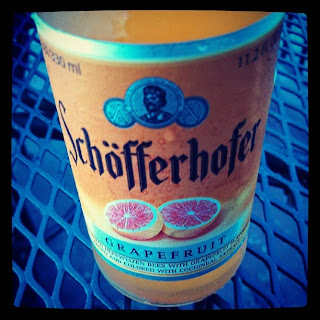 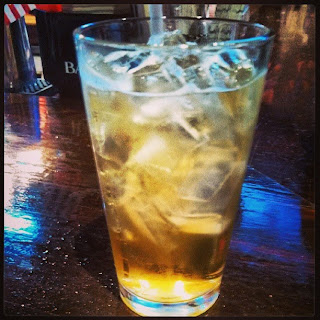 And my favorite of the week: "Angry Balls." Angry Orchard cider mixed with cinnamon whiskey. WOW - I originally ordered it because of the name alone but it ended up being fantastic!!!!

Wishing you all a great Wednesday and a wonderful Fourth of July!

Posted by Little Miss Hungry at 6:25 AM