(Ack, I realized around Wednesday that this post was supposed to publish last Friday and never did. I was away and didn't notice so apologies. Here it is this week, instead. Obviously.) 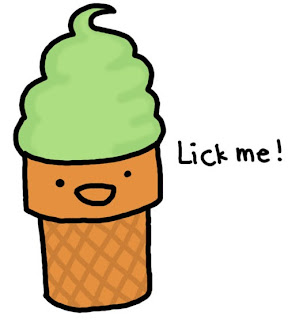 Wholly Cannoli out of Worcester was first brought to my attention thanks to the always amazing Phantom Gourmet Food Fest! Easily one of my favorite eats ever discovered through the PGFF, a pilgrimage to the storefront while trekking through Worm Town was obviously in order. And I had one thing on my mind: 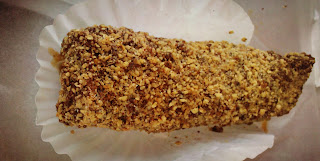 These things are so darn amazing. The one that made me fall in love, the Original: a cold cannoli filling...covered in caramel...covered in a crunchy chocolate shell. While not technically ice cream, they are like the upscale brother of those Good Humor ice cream crunch bars, so I'm counting it. It is my blog and I'll do what I want to. ;P

There's quite the lineup of other Dynamite Stick flavors, including triple chocolate and Neapolitan. Wholly Cannoli also has "Landmines," which are smaller versions of the Sticks for the less...greedy? Buuuut I don't think a smaller one would work for me since I usually gotta share with someone (love you, babe!) and I'm a total glutton for these. 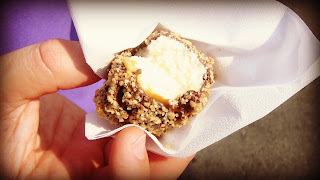 Like the restaurant name suggests, they do also have cannolis as well as tons of other bakery treats. Don't want sugar just yet? A breakfast and lunch cafe menu has gotcha covered with sandwiches, wraps, and salads. The pizza looked pretty tasty, too. But then again, we all know pizza is always a good thing. Even when its bad, its pretty good.