When I'm not reading food blogs and magazines, I'm checking out travel-related ones. Boy, do I envy some of these travel bloggers who get paid/sponsored to travel - how cool is that?! Very jealous. ;)

I've come across this short picture survey on a few of those blogs and I decided to do my own version of it, using my Africa pictures. I promised another update about the trip and so, here's a little bit more about it!

A photo that…takes my breath away 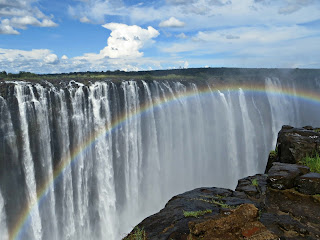 Beside the fact that I'd never even been to such a large waterfall, it was a childhood dream of mine to see Victoria Falls. I couldn't believe I was actually seeing the falls with my own eyes. And that the rainbow really was there. I definitely had a grin on the whole time we were there. Blown away!


A photo that…makes me laugh or smile 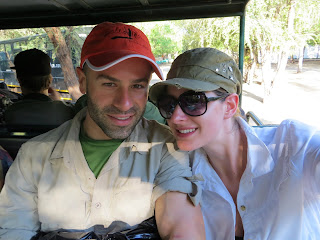 My babe and I, hanging out on the back of a truck heading to the Okavango Delta. This was the first thing that went right since our trip started two days earlier! Two of our buses broke down those first few days, we missed going to Khama Rhino Sanctuary, and got into camp super late the night before. Wary smiles as we're hoping this truck doesn't break down on us too!

A photo that…makes me dream 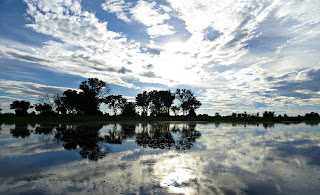 This was taken in the Okavango Delta. Seriously, to think that I was staying thousands of miles away from home, hundred miles from civilization, in the African bush, in a tent - well, it was mind blowing.  For once, the present was all that mattered because we had no idea what was going on anywhere else in the world. Its hard to find that level of remoteness.

Tie: the night sky in Zimbabwe. Unfortunately, I lack the necessary photo equipment to ever capture a photo like that. But take my word for it, it was amazing. You could see layers upon layers of stars and the Milky Way. They were so bright and felt so close. I wish the night sky was like that around here; one of the most beautiful things I have ever seen. (It was like THIS, but even better!)

A photo that…makes me think 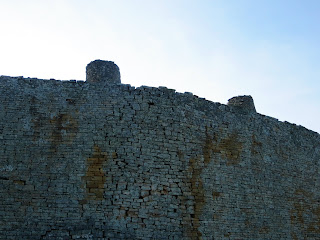 The Great Zimbabwe Ruins in Masvingo. The 11th century fort was constructed without the use of any mortar - these walls are purely stone. How in the world did the ancient people build this? They had mad skills.

A photo that…makes my mouth water 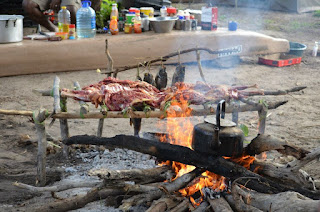 Freshly slaughtered goat, grilled over the fire. While in the Okavango Delta, the locals got us a goat for dinner, which they brought to us via mokoro...alive. A few of us watched while the goat was killed and prepared. Yes, it was a little bit brutal but actually very interesting to watch - particularly while they skinned it. And very few parts went to waste.

A photo that…tells a story 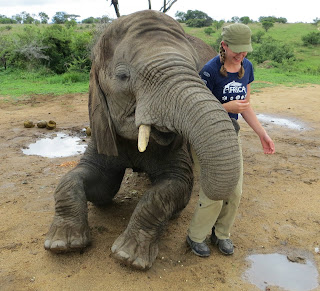 At Antelope Park in Gweru, I met an elephant. She was super talented and could salute, kick a ball, and let us sit on her back. This is me giving her reward of dried corn kernels. I was carefully pouring them into her trunk when she started grabbing me with it! It was the strangest sensation to watch this crazy trunk grabbing at your hand and certainly something I didn't think would ever happen to me. 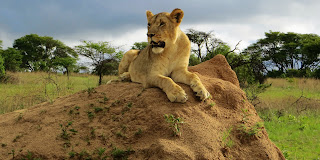 Up close with a lioness, also in Gweru. A small group of us walked with two lionesses as they're learning how to stalk and hunt - t was really cool watching them do their thing. (And we actually saw them kill an impala on a nighttime game drive.) Lions sleep most of the day, so they quickly lay down to rest and we got a photo op and to pet them. SO cool!
Posted by Little Miss Hungry at 10:28 AM