Sunday was an epic cheat day. I totally and completely broke every paleo "rule." 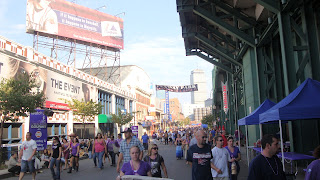 For those of you outside the northeast, the Phantom Gourmet is a TV show where an anonymous critic (the Phantom) visits New England area restaurants & bars and reviews them, delicious dishes are showcased, and a whole myriad of other food talk is covered. I may or may not be obsessed with the show's host, Dan Andelman... 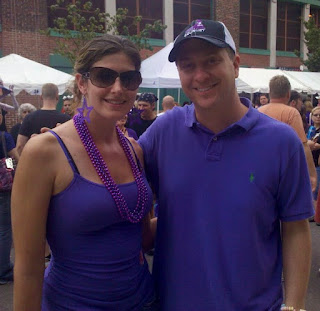 My babe and I with the Andelman brothers

Anyway, the Phantom Gourmet Food Fest is one of the biggest food festivals in the country, right here in Boston! In the shadow of Fenway Park, Lansdowne and Ipswich Streets are shut down and thousands of purple-clad people roam the streets looking for their next snack. Not that there's a problem finding any because over 70 different (mostly) New England-area restaurants have set up booths and are handing out free samples. Anything and everything from chips & salsa and mini cupcakes to clams and pickles. Not together, of course. ;) 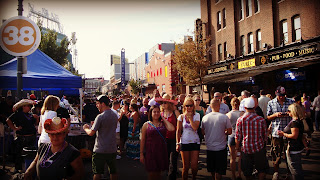 I don't know who these people posing are

Over the years, I have found some new favorites through the PGFF - ones that I probably wouldn't have discovered otherwise: Cakes by Erin's Chocolate Chip Cookie Dough Cupcakes, Cheeseboy's Grilled Bacon and Cheese, 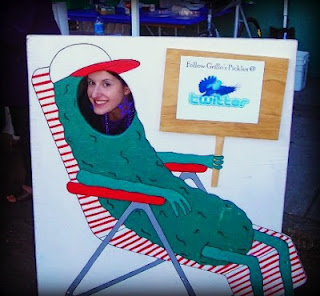 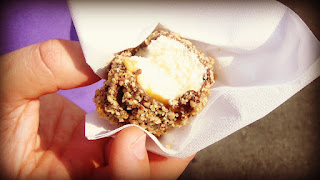 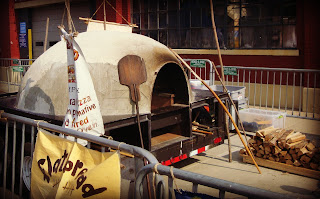 Once you've made the rounds and think you can't eat another morsel, give your tummy a break and check out the purple costume contest. Or, rethink the meaning of "stuffed" by checking out the competitive eating contest. Past competitions have included 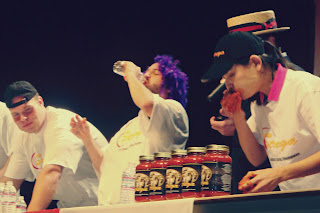 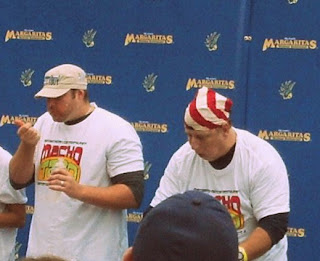 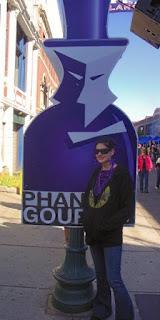 (Note: Unfortunately, I was too busy being un-paleo to take many pictures. Plus, this was my fourth year going so I already have a bunch o' pix. Thus, some of these photos and foods are a mix from the past few years.)
Posted by Little Miss Hungry at 8:03 PM